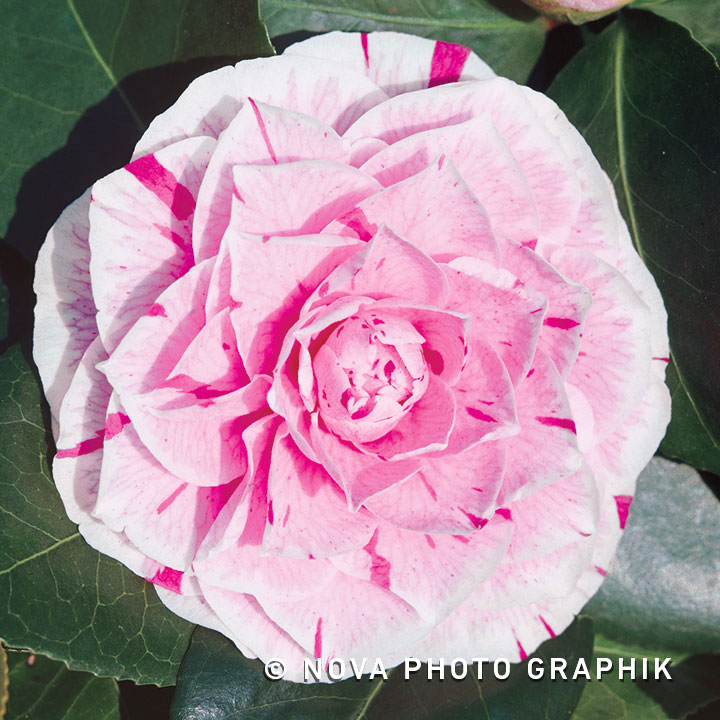 The Camellia originates from the south and east of Asia. The leaves of Camellia sinensis (aka ‘tea plant’) are used to produce tea. Camellia japonica is better known to us as an ornamental shrub. We are also familiar with the variety Camellia reticulata and hybrids such as Camellia × williamsii.

The Camellia is often referred to as the ‘Japanese Rose’. The plant is characterised by its sturdy dark green glossy leaves and the many flowers, which are often quite big. The flowers come in various colours, shapes, markings and sizes.

The flowering time depends on the Camellia variety and generally starts towards the end of winter, from February onwards. During mild winters, it could start as early as November/December. Those varieties with red flowers tend to bloom in early spring (March/April).

This evergreen plant is available in various sizes; from 30 cm to a height of 5 metres! You can restrict their growth by pruning them.